Apple Inc (or just Apple with ordinary people) is an American technology company that produces and sells consumer electronics, software and personal computers. Their most known product are the “Macintosh familiy”, with members like iPhone, iPad, and AppleWatch. As of 2019, Apple had 137000 employees world-wide and almost $91 billion in revenue.

The company was founded in 1976 by Steve Jobs and Steve Wozniak [2]. They wanted to make a user-friendly computer that would fit into people’s homes. For many years, the Macintosh computer was a competitor to computers with Microsoft operating systems. However, in 2007, Apple launched the world’s first smart phone, the iPhone. The iPhone was the first phone to combine phone features with haptic interaction (touch screen with feedback). The phone also has wifi and mobile networking built in, it could record video and you could play games on it. The concept of apps, a small program that could do differnt things was launched with the iPhone, hence enhancing the possible usage for the phone dramatically. It was a revolution in the way we think of mobile phones. The phone had no keys or buttons – everything was controlled by pressing the screen. Since then, Apple have launched several versions of the iPhone, and also introduced the tablet, iPad.

In my experience, users that have Apple products are always very enthusiastic about them. For them, it is not just a phone or a computer, it is a statement about who they are and what they want to communicate to the world. For me, a phone is a tool (so I chose a Huawei), for some of my friends, an iPhone is status. This might be an indicator of Apples brand perception: a lifestyle and not functionality. There is also a strong link between creative and Apple in the mind of many consumers. Just look at how designers all over the world uses Mac in their work. In this way, Apple is an identifyer of creative people even though Apple never claimed you get more creative by using their products.

Apple’s brand philosophy is and has always been “Think different”[3], and the act of thinking differently represents being smart, innovative, clever, and creative. For Apple, think different was followed up by “act different” – by doing things nobody else did -such as launching colourful computers when everybody else made them dull-gray.

I believe that the product strategy of the iPhone was as many other Apple products: easy to use consumer electronics with a different touch and usages. The iPhone was a camera, a computer, a calculator, a calendar, a phone and many others in one single device. Other phones before the iPhone had cameras, but their screens were small and the device was jammed-packed with buttons. On the iPhone they removed all this and created a totally new phone experience (which people turned out to love).

Apple was known among people before the launch of the iPhone, but their products were not vividly used prior to this. When Apple launched their iPhone, it was a product never seen in the marked before, and nobody knew they needed one. Despite of that, a lot of research could be done prior to the development of the phone: people’s behaviour in social settings, people’s communication needs, what other tools do they bring when they go out, how do they entertain themselves. The iPhone incorporated all these aspects in their phone. 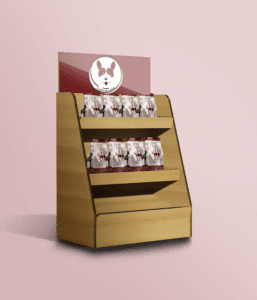 A point of sales, or a point of purchase as it is sometimes referred to, is how your product is displayed in a sales location – a kind of exhibition 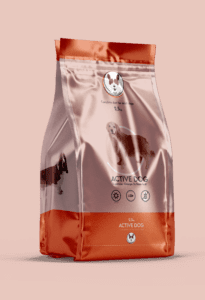 Everywhere around us are items packed in something. Every item has it’s own set of requirement for the surrounding package, and a package has to be design around what it 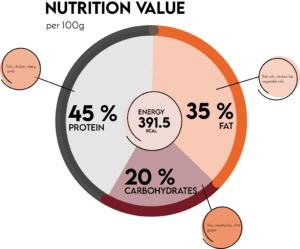 In this project part, the goal is to explore the visual language of a piece and create to coherent designs: one infographic and one brochure that has a common look’n